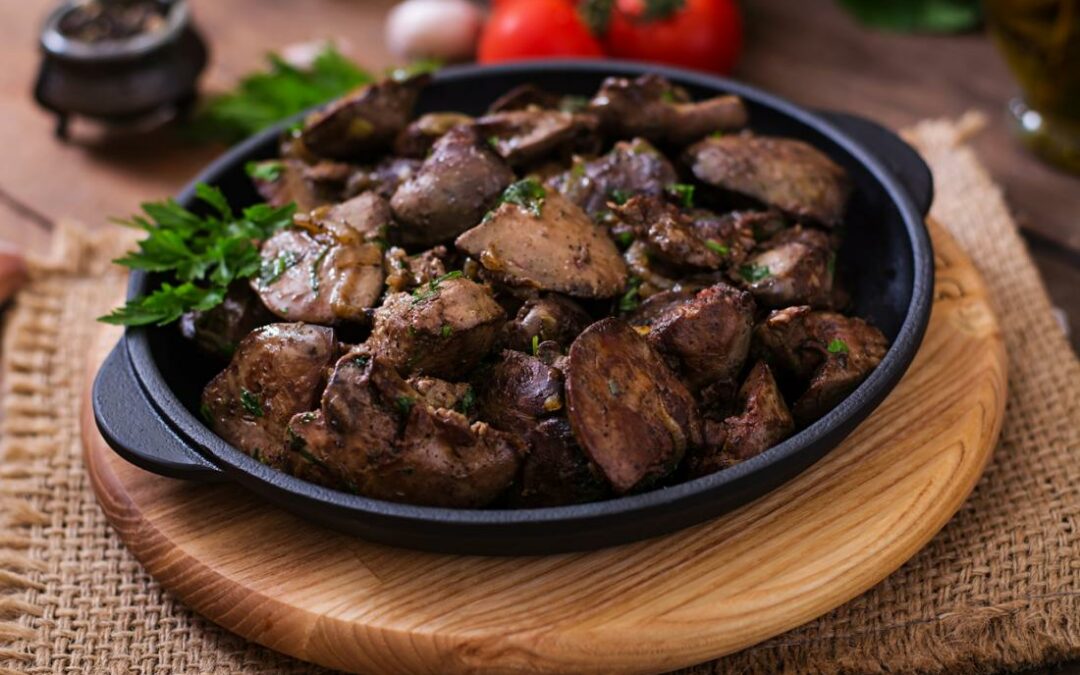 We talk a lot about Chlorella being a superfood, but there is another one that is surprising and much less talked about and that is LIVER!!!

Yes, that’s right, liver. We eat almost no organ meat anymore in first world countries. I agree, it is not as tasty as a Filet or New York Strip, but it is loaded with a lot more nutrients.

Liver meat provides you with:

One concern of eating liver is getting too much Vitamin A, but all the studies showing Vitamin A to be harmful used synthetic Vitamin A. The Vitamin A in liver meat is obviously natural and is important. It would take ingesting an insane amount before ever being harmful.

I would get liver from grass-fed cows or from wildlife, like deer and elk.

If you can eat 4 ounces of liver, twice a week, that would be terrific. If you think the taste is disgusting, you can get a supplement for organ meat.

Hunters go get some liver this hunting season! 😉

Share on TwitterShare on FacebookShare on PinterestShare on LinkedInShare on Email
← #125 When Should You Eat?#127 Is the CDC Serious? →
Scroll To Top